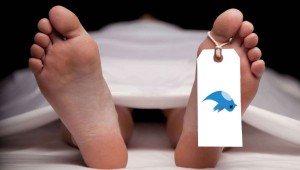 Dealing with email and social media on a daily basis is not a hassle-niche just for authors, even my husband (a Civil Engineer) complains about dealing with problems via email more than working on the projects he has to get done around the office.

I guess before the advent of email, facebook, twitter, and blogging people used to bother each other via fax or the telephone – that’s great for writers in that you can unplug those older devices but “unplugging” today is nigh on publicity suicide for authors.

Before I get any writing done in a day I have to check my email. I have weekly updates from several LinkedIn groups I belong to (because I feel that as an author and proprietor of industry information this is one of the simplest ways to learn about what’s new in the industry that pertains to me), I have my editing client emails to attend to (can’t ignore the people paying my bills), messages from my publisher, and a multitude of messages from various marketing sources I’m either with or trying to connect with to spread the word about my book.

How long does it take you to read/skim your correspondence each day?

I spend anywhere from 15 min. to 45 min. depending on how urgent the emails are and how many are waiting for me – and that doesn’t include reading articles of interest I’ve learned of via LinkedIn (those get bookmarked for later – whenever later happens to be). And then there’s my reader’s feed on WordPress to skim through before I even make it to my blog/website dashboard in the mornings. I can’t ignore what’s going on with the people I follow because it’s those people who make up much of what I bring to the website from week to week – fascinating rants, fantastic poetry, updates on new books… my homework, I guess you could say.

Now, my publisher wants me to get on twitter – something I’ve been avoiding for the last year or so since dedicating myself to writing (part-time) while raising my young son (full time). I’m not a tweeter and anything meaningful I have to say I write a rant about or do a notable on Fridays for on the website. And there are so many ‘rules’ for writers to follow if you want to be able to get followers and keep them – yes, I’ve read them all and taken workshops at writing conferences that explain how to do all this and still keep your sanity but, quite frankly, I think one more social media shackle will drag me under.

Now, I’ve been advised by a fellow author (who’s been in the industry with a major publisher for six or so years now) that all I need to do is follow three related handles I’m interested in, re-tweet once a week and tweet a simple ‘what’s up with me’ once a week to have a “presence” in the twitter-verse. While that sounds far more realistic than all the mandated blather about garnering a following of my own and keeping people once they check me out, I’m wondering if all I would be doing at this point is pacifying my publisher. If I’m not actually making twitter a viable resource by following all those ‘good practice’ rules why would I even bother with it – it’s just another time sucking modern gimmick.

Honestly, when is enough, enough?

… must appease the almighty publisher…