Home › Rants › How Well Do You Really Need to Know Your Characters?

How Well Do You Really Need to Know Your Characters?

There are many a website that discuss the importance of character sketching and character building. Many of these sites provide forms or worksheets for your character building pleasure. These sheets are incredibly in depth, with questions ranging from “What is your character’s favorite color?” to “How old were they when they learned to walk?” But how important are these factors, really? To me, they’re not important. At all. Unless, of course, there’s a moment in your novel when your character’s favorite color actually does come into play or if your character perhaps has a physical disability, in which case yes, maybe it’s important to know how old they were when they learned to walk.

The problem with these websites/worksheets is two-fold:

1) It takes so much time to actually go through and fill one of these out completely, and if you’re doing it for every main character in your novel, you’re going to end up spending more time on that than on writing the actual piece;

2) We are forced to focus on irrelevant things about our characters that won’t actually matter when the actual writing begins, and then we fill like we have to incorporate the pointless things we’ve learned about our characters because, well, we spent three and a half weeks answering questions about them.

My feeling about character building may seem a bit odd, but here it is: Treat characters like people. You can never know everything about anyone. There will always be that part of the person that you can’t get at because it’s in their mind and you have no access to that space, or because it never came up in conversation. So characters shouldn’t be any different. Additionally, the single best way to learn about a character is to write them. If you learn everything you need to know about a character before you start writing, you’re not left with much room for discovery and exploration. I suggest learning a few things off the bat about your character, then learning the rest as you write. If you decide on a character trait later in your piece, you can always go back to the beginning and adjust earlier passages accordingly. And this, again, is like learning about a new person in your life: you don’t get everything before you have an actual conversation with them, and you shouldn’t know everything about your character before you even meet them on the page.

So here’s what I think we do need to know about our characters:

1. Appearance.
This is easily my least favorite character trait to write because when it comes down to it, it doesn’t really matter. If what your character looks like becomes more important than who they are, that’s a problem. But the fact remains that physical appearance appeals to your reader; it gives them something concrete to hold on to, something they can clearly see in their mind. You could write the most abstract piece in the world, and if you’ve given a clear description of what your characters look like, your reader will be more willing to go along with you in your abstractness.

2. Struggles.
What is your character struggling with? Some people say, “Well, what is your character’s motivation?” but I think it’s more important to know what it is that they will be struggling with throughout the novel. There are, of course, different kinds of struggles, though I tend to boil them down to two categories: internal and external. So for internal, ask yourself, “What conflicts is my character dealing with in his/her own mind and why?” For external, “What conflicts are being thrusted upon my character by outside circumstances and how will my character deal with these?”

3. Theme.
This doesn’t refer to the theme of the character, but rather to how your character interacts with the general theme or idea of the piece, as a whole. For example, Through Babel is, in large part, a story about faith. So before I started writing, I had to decide where each of my characters stood on the matter of faith. This aspect of character building will change based on what you’re writing, but it’s important to understand the point and purpose of having your character in your story.

Beyond these three things, I highly recommend just waiting it out. I know it can be difficult when you first come up with a story idea and you want to know your characters and your novel and everything that happens, but part of the art of writing is discovery and exploration through writing. Just take a breath, accept that it’s not conducive to learn every single thing right off the bat, and start writing. 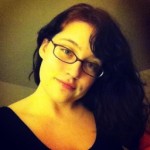 Hailey Foglio hails from the nonexistent town of Salem, WI (though she’s currently attending grad school in WV). She is obsessed with pigs and John Green. Anything else you want to know you can find on her blog or through facebook.