Behind the Scenes with Sci-Fi Author Melissa Barker-Simpson

The first time I wrote a science fiction novel I was fifteen. I haven’t thought about it in a long time, but it was a story I shared with my father, and one day I hope to revisit one day. Since that earlier attempt, no other characters emerged (except in short pieces of work), and since my process is character orientated, I went in a different direction – until the Fifth Watcher. The concept of the novel came to me after a discussion with my sister. We talked about the theory of alternate universes, shared our philosophies on the subject, and allowed our imaginations to create interesting new versions of ourselves. Shortly afterwards Audrey Montgomery was born and she certainly had a story to tell!

I allowed her to tell it, in my usual way, and pretty soon a new character began to emerge, one who reminded me of my father. It wasn’t the way he looked, but the essence of him I recognised – his quiet strength and inherent goodness. The more I thought about it, the more I knew I wanted to name the character Keith, after my father. It felt right in a number of ways. This year is the tenth anniversary of his death, so it seemed the perfect tribute to him.
He would definitely get a kick out of the world I created; the hardest part of the process was not being able to share it with him. Not completely. Still, it means something to honour him in this way. The character, Keith Delaney, is a protector; a quiet, reserved man with a ferocious heart. Whenever I see him in my head, his partner, Nathaniel (Nate) isn’t far behind, and their relationship is one of my favourite things about the novel. I hope to explore it further.

Put simply, The Fifth Watcher is about connection, and those connections are the glue that holds the multidimensional system together. It is the first in a series, so I hope my readers enjoy this first journey as much as I did. 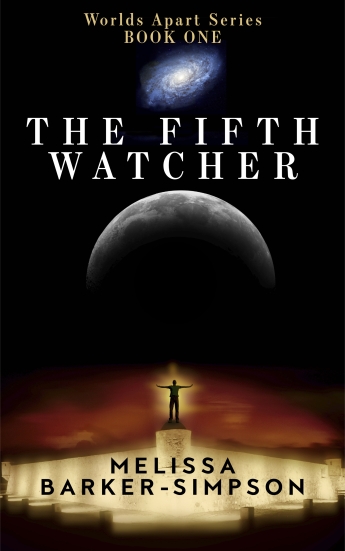 At the moment of Audrey Montgomery’s birth a new world came into existence. It is a barren place, a catalyst for the darkness spreading through the multidimensional system. The shift in power makes Audrey an invaluable pawn in a war between those who want to protect her and those who will go to extraordinary lengths to eliminate her.

As a result, she has spent her life on the run, unaware of her true origins. When her father dies and leaves her with a shocking legacy, her life is irrevocably changed. If she has any hope of surviving, Audrey must embrace her new reality and trust a man who is as dark and uncertain as the future itself.

Lieutenant Keith Delany, an Interdimensional Officer of the Law (IDOL), is tasked with bringing her in. It is an assignment his entire team is invested in, having spent years searching for her. As a senior member of the squad, Keith is charged with protecting her, with showing her the truth about her past, and with preparing her for an unknown future. As an IDOL he is responsible for every life, for every traveller who navigates the system. But his connection to Audrey is unprecedented, and he soon discovers she alone holds the power to prevent the continuum’s collapse. 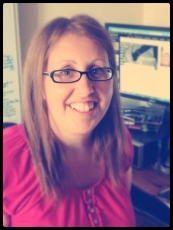 Melissa has been writing since, well…since she was knee-high to a grasshopper. She often looks back on those earlier stories, and apart from laughing at the heavy-handed drama, or cringing at her inexperience, she is reminded that she has always lived in other worlds.

Melissa’s first novel was published in 2008, and she loves nothing more than working on a new project. The voices inside her head invariably pull her in different directions, so although she try to work on one thing at a time, those who know her would tell you it doesn’t always work!

Melissa has a full-time job which, though it does not involve writing per se, incorporates her love of language. As a British Sign Language Interpreter, she gets to translate information between two languages which is (mostly) fun.

She has two beautiful daughters who bring her great joy. They also keep her grounded, because otherwise she would have her head in the clouds permanently!