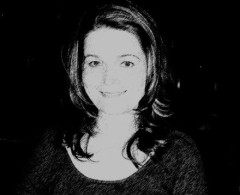 S.J. Matthews is a life-long resident of Texas. As such, she is in love with the Lone Star State and the things that best represent it: barbecue, horses, and a really good margarita on the rocks (not necessarily in that order). Born in Fort Worth and educated at Texas A&M University, she currently resides in Houston. Although she isn’t a Houston native, she has been in enough traffic jams to call herself a Houstonian.
–
After spending five years as a teacher of both special and general education students, she decided she wasn’t giving her family as much of herself as she should. Her young son faced a health crisis that made it impossible to work outside the home; it was during this time that she turned to her childhood dream of writing and began working freelance while writing fiction stories and blogging about them.
–
In addition to reading and writing, she enjoys movies, baking, collecting first editions and rare books. S.J. lives with her husband, son, a very hyper Boston Terrier, and a sometimes disgruntled Californian rabbit.
–
Hannah Strong is a prequel to S.J.’s impending novel Miracle at Santa Anita to be published in 2014.
–
Website: http://authorsjmatthews.weebly.com/

In Pursuit of a Dream

– Thank you for joining us on Infinite Pathways, S.J.  So many of our readers are currently at the same juncture of their writing as you are and would love to hear about your experiences.

— Thank you M.J.  I enjoy hearing from other writers and their journeys. Writing is such a solitary task, so it’s nice to hear from others.

Q: Could you describe for us the moment that launched you on your journey of becoming a writer?

A: I’ve wanted to be a writer since I was a child. However, I didn’t fully pursue it until I was laid off from my teaching job. Up until then, I only wrote when I could steal away a few minutes. As painful as it was to lose my job, I realized that it was an opportunity to write more.

Q: How has a ‘day job’ or schooling influenced your writing?

A: As a teacher, I struggled to keep everything in balance and wondered if I was meant for the job. The emotions that go along with that lend themselves well to fictional stories.  No one wants to read about someone who has the perfect job, perfect marriage, and a dog that farts rainbows. Well, maybe they would want to read about that last one.

Q: What would you consider to be the main influences to your writing?

A: I love Hemingway’s prose because he says so much with so little. When I go through the editing process, I try to remove anything that isn’t absolutely necessary. Music is also of critical importance. I love 80s songs and indie bands. Both are on my playlist.

Q: How instrumental was your support group (family, friends, colleagues) in making this work a reality?

A: My dad is probably my biggest supporter. He writes novels and screenplays as well and he understands the difficulties writers face.

Q: What were the most challenging aspects bringing this short work to life?

A: Any time you write about something in the past, the challenge is to make sure that it’s historically accurate. Even though Hannah strong takes place in 1984, the culture was very different back then. Details are critical and I do worry about getting everything right.

Q: What would you like readers to walk away with after reading this piece?

A: My hope is that they can sympathize with Hannah and her situation. Some readers may be able to relate to the difficulties she encounters.

Q: Tell us about your novel, Miracle at Santa Anita, the one that led to an exploration of the character Hannah Strong and the prequel.

A: The story takes place at the 1984 Olympics in Los Angeles. The protagonist Justin Briggs gets out of rehab. He used to be a reporter, but he was fired after an alcohol-fuelled meltdown. He gets a chance to redeem himself with a freelance assignment to cover an Olympic equestrian event. Unfortunately, he hates horses. He crosses paths with Hannah, ends up falling for her as she tries to change his opinion of horses.  The release date is August 2014.

Q: Are you planning to write more prequel teasers to help launch your book?

A: I’m working on Justin Briggs. It will be a longer piece than Hannah Strong focusing on ‘what made Justin snap?’ The e-book will be available in March.

Q: What insight can you give regarding the publishing industry and the route you chose for publication (traditional publishing vs. self-publishing)?

A: I think that there is a misconception that self-published work is lower in quality than traditionally published books. Having read both, I feel like it shouldn’t matter how a book is published. The story is what matters.

Q: What have you found to be the most challenging aspect of publicizing yourself and your work?

A: Self-promotion is difficult for me. I would hate to be bombarded with sales pitches, so the thought of sending out a ton of “BUY MY BOOK!!!” tweets makes me want to eat an onion like an apple and I DETEST onions. I don’t begrudge any author who does it though. If it works for them, they should do it. That’s the thing about publishing today. Just because something works for one person doesn’t mean it will work for the next person.

– Thank you for joining us today and the best of luck with your future endeavours.