Who’s In Control of Amazon Books? 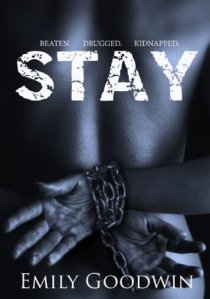 If you’re an indie author and you haven’t yet heard of the Emily Goodwin Book Debacle on Amazon, then you better listen up.

You might think that once the Amazon validation engine has “approved” your novel that you’re good to go – but that couldn’t be furthest from the truth. For 6 months author Emily Goodwin watched her sales and her status on Amazon rise with the release of her now controversial book Stay.

On Christmas Eve she received a notice from Amazon that her book was removed from circulation due to inappropriate content. Yes, her book covers acts of explicit sex (an average teenage girl gets kidnapped and sold as a sex slave in this incredibly realistic portrail that also explores a twisted sense of Stockholm Syndrome) but only in the aim of stark reality – not fetishism.

Speculation is all we have at this time as to why the book was removed from the Amazon virtual book shelf after being “accepted” for half a year. Why? Because Amazon works with bots (computers that think for it) and the most likely reason why these bots changed their mind about Stay has to do with reader review feedback.

Second-hand information states that one-star reviews and an excess of pressing of the “inappropriate content” button is most likely to blame.

That same second-hand information speculates that it was “likely” another author jealous of Goodwin’s fast rise on the charts with such a controversial work behind the attack. In my experience, most fellow authors are bend-over-backwards supportive…

Now, I’m not saying it isn’t possible that another author wouldn’t be malicious and do something like this but I’m more inclined to believe that the wrong person read Goodwin’s book. It’s not for the faint of heart and if reading her new disclaimer doesn’t serve as a bold enough warning, I don’t know what will set people straight…

What makes the most sense to me are those people who decide to ban books like Harry Potter, Huck Fin, and Are You There God? It’s Me Margaret are the ones we need to look at. A book like Goodwin’s that purposefully exposes the physical and mental horrors that girls in the sex trade face is more than likely going to upset a certain kind of person whose moral compass doesn’t allow for this kind of blatant and harsh reality to be accessible to the masses.

The point here isn’t that Goodwin wrote a controversial book.

The point isn’t that people can be ignorant or malicious, either.

The point of the matter is that if a real-live person (and not a bot) had actually reviewed this book’s content and critically examined the ‘public’ concerns in relation to what was actually written and how the subject is treated then an author wouldn’t have suddenly lost her seniority with her book in Amazon’s database and sales that support her livelihood (for Goodwin does rely on her writerly earnings to live).

… you’d think that someone would have read that book before? Yes, but the bot hasn’t.