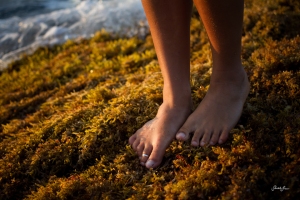 I’m perched
On a steep ledge
Of dense brown rock
Like a blue jay
Willing my wings to
Flutter, flap, soar
Having conquered this land before
Instead I freeze
Drop down low
Flippant courage waning
I press my knees
Upon a pad of damp moss
Spying the waves
Wink
Wink
Wink
A wonder of silver winks
Waiting for a western wind to
Blow
Blow
Blow
Across the bay
And stir me from here –
Sunday’s spot.
—
***
—
—
–
—

Patricia Miller earned a BA in Social Sciences from UWO, and a Recreation diploma from Centennial College, before studying Creative Writing at Durham College. Patricia is a Coordinator who enjoys snowboarding. Her work has appeared in The Toronto Star, The Toronto Quarterly, The Era Banner, and Anthology From the Cottage Porch by Sunshine in a Jar Press. In 2012, she penned her first novel The Mausoleum Road Affair. Her story Catching Snowflakes will be included in Chicken Soup for the Soul: O Canada The Wonders of Winter available in bookstores November 5, 2013. Patricia is Founder and Chair of the BWG Writers’ Circle, and a member of WCDR and WCYR.
Email her at patriciamillerwriting@gmail.com
Follow her on Twitter @PatriciaMWriter