Marissa had faced the loss of her grandmother, mother, and grandfather. She thought she was coping well by throwing herself into her work, but when Marissa started hearing voices and seeing things move, she had to stop and wonder. Was she going insane or was there really an afterlife?

Behind the Scenes with D.B. Mauldin

The Rocking Chair is loosely based on a personal experience I had after the death of my own grandmother. My experience left me with a firm belief in an afterlife; a belief that I enjoy researching and writing about.

Excerpt from THE ROCKING CHAIR

After eating an apple and a handful of nuts for lunch, Marissa decided to walk down to the graveyard. It was a beautiful spring day, and she wanted to be outside; soaking up some sunshine, while listening to the song birds and looking at all the flowers and the trees. When she arrived at the graveyard she took the time to walk around a bit. First, she visited her Mom’s grave and pulled some weeds that were growing through the gravel placed atop the grave. She talked to her mom while pulling the weeds. Then she walked over to the graves of her grandfather and grandmother. There were no weeds growing atop her grandfather’s grave; it was still new. Her grandmother’s, however, had several weeds and needed new gravel added. Marissa made a mental note to add new gravel to her shopping list. She sat between the two graves, so she could talk to both of them while she pulled the weeds. As she pulled the last of the weeds, Marissa heard her grandmother speak to her.

After living a sheltered life, Betsy goes away to College. She succeeds in putting miles between herself and her strict father. To her dismay, Betsy remains shy. Despite her shyness, she develops her first crush. What will Betsy do when her crush shows interest in her and invites her to the Valentine’s Dance? Will Betsy say ‘yes’?

Behind the Scenes with D.B. Mauldin

Betsy is a character that has been with me for a long time. Over the years, she has changed, developed, and grown along with my daughters and my oldest granddaughters, before finally coming into her own.

In ‘Bashful Betsy’ (Shy Girl Series Book 1), Betsy has her own coming of age problems to face, adventures to explore, and plenty of romance to discover! Betsy earned her place of becoming the 1st Short Story in my new ‘Shy Girls Series’.

Betsy had developed a huge crush on Roland the first day she had seen him. It was her first year of college, second semester, and one of her classes was World History. She had spotted him going into the door of the class just ahead of her.

Roland was tall and stood out in the crowd of students filing into the classroom. With his blonde hair, dark tan, and broad shoulders he looked like a lifeguard or surfer.

He was very smart and answered many questions the History Professor asked. Betsy had watched Roland during the semester. She noticed that he was kind to others, and he seemed to be unattached.

Roland caught her looking at him, several times, and gave her a smile. His blue eyes mesmerized Betsy, but she was too shy to respond. She found herself looking away from him, time after time. 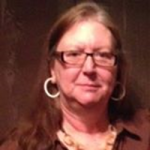 She is an avid reader and loves writing book reviews. D.B. believes in author’s helping author’s as writing has always been a part of her life. Her passions are writing fantasy’s, paranormal, and women’s fiction. Most of D.B.’s writings are geared to middle grade and young adult audiences.

Like Loading...
‹ Editing Tip #127 – Foreshadowing as a Tool for Suspense & Tension
How to Hire a Professional Editor … and on a Budget! ›