Home › Notables › Never Give Up 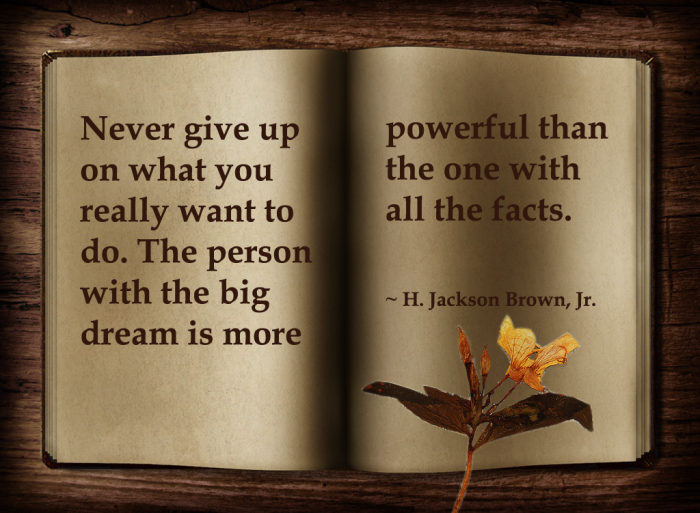 who’ve told the story of the moment they “gave up.”

But they’re published authors now, so obviously that’s not the end of these stories…

At the point when they felt they were never going to get representation or find a small publisher,

they’d shut down the computer, maybe cried, maybe threw something across the room or screamed

but then something amazing happened –

and hour or two, a day, even a week later they were back at it again.

Within a few weeks of recommitting themselves to their goal their dream became a reality.

The facts clearly stated that no one wanted them, their book was the wrong one for right now, or

their query letter wasn’t up to snuff –

these authors now have strong representation or

have been taken on by a small publisher.

I experienced this to a degree earlier this year. I sent out one last ditch

attempt to see if a small publisher would be interested in my work.

article I had written, so why not right?

If it didn’t pan out I was ready to commit myself to self-publishing.

I was offered a contract for my science fiction series.

Allow yourself time to grieve.

Then ignore yourself and dive right back in again;

be it to find an agent, a publisher, or simply to finish the next chapter…

This is the mark of the truly dedicated 🙂