There are a variety of ways and reasons authors inadvertently dump information into certain areas of their novel: 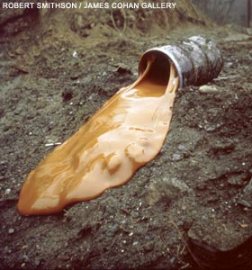 Often this over-sharing happens at the beginning of the book within the first few chapters (and even more often the very 1st chapter).  I recently spoke with a local author who received the opinion of a well-known literary agent about her book.  He said, “Ditch the 1st third, it’s not necessary.  Start with chapter 14.”

Certainly she was surprised, to say the least, but now her book is racing along with even better focus and momentum than before.  She had the strength of mind and will power to let all those chapters go – and that’s no easy feat.

Today we’ll take a quick look at the impact of characters and the idea of the ‘info dump.’

The general rule of thumb is: Don’t introduce too many main characters all at once.

This often happens when using multiple POV in your novel.  Authors feel that each ‘special’ character needs to have their moment in the spotlight in order for the reader to understand who the major players in the story are.  So you will get a new perspective and a new character introduced in the first 3-5 chapters.

This is too much.

Now, I don’t disagree with you that it’s absolutely vital for the plot and flow of the story to have the reader familiar with all of these characters as soon as possible.  But you need to get creative and you need to understand that not everyone requires the same ‘face time.’  You do not need to spend an entire chapter with one character and their immediate plight.  Instead, try to introduce at least a couple of main characters in each chapter and focus on one or two points of view (not one for each character).  We may not know exactly what is going on inside everybody’s head right at the beginning, but that’s a good thing.  Really, it is.

Tease your reader with just enough information to make them wonder.

Allow them to discover bits of information along the way.  Carefully consider how much a reader really needs to know versus how much you want to be able to share with them.  You should be excited about your work, your writing, but the trick is finding that balance between just enough and over done.  You don’t want to overwhelm your reader with too much to remember all at once.

It’s all about discovery.

Take a moment to consider your first few chapters and how many new characters (even secondary characters) are introduced up front.  Ask yourself if the story would change by reducing a character’s appearance to just that – a brief moment where we don’t necessarily even know their name yet – or even just the idea of them… you know, someone else mentioning that they exist or are wary of meeting them but we don’t actually meet them until chapter 4.

Don’t be afraid to experiment.  The beginning is not always where we think it is.